We were both mesmerised by a tiny village encircled by mountains. The caption of the photo told us it was taken in Madeira, Portugal. The mountain hugged village looked mysterious and inviting. Not long after we first saw the photo we booked a holiday in Madeira. 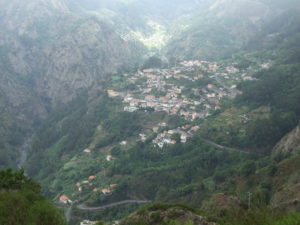 Reading about the tiny island we learnt that network of levadas (irrigation channels) were built to bring rain water from the mountains to the cultivated lands. The first levadas were built during the 15th century, and today walking paths follow the narrow water channels for hundreds and hundreds kilometres. We wanted to discover some of the paths so packed our walking shoes. This two weeks in Madeira in 2008 turned out to be our first walking holiday. 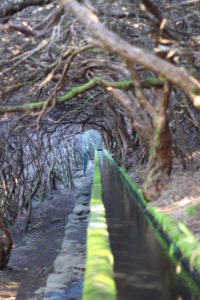 We stayed in Funchal, in a small self catering apartment. The owner of the hotel was a keen walker himself. As soon as we checked in, he briefed us with many useful information. He also marked some of the popular trails on a tourist map for us. He talked passionately about the peaceful trails. Also talked about his fascinating island that we instantly wanted to discover the narrow paths cut into the mountainside.

So we then - armed with the free tourist map- followed the narrow water channels, climbed mountains. We enjoyed every single moment of it. In the late afternoons when we got back to the hotel, the owner was eager to hear about our day. Sometimes with a cheeky smile he pulled out a bottle of strong, home-made liqueur from under his desk. And while we sampled the liqueur he suggested more and more trails. It seemed that walking opportunities were inexhaustible on the island. 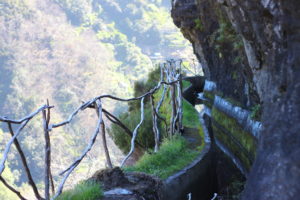 We spent the two weeks exploring the trails in the mountains and we were hooked. As we followed the narrow trails day after day, it became clear that we had a new passion. This was our first walking holiday and we loved it. Six months after the first visit we returned to Madeira.  During the second trip we managed to do some more difficult routes and ever since wherever we travel we try to seek out the best trails.