With its characteristic rock formations, the Montserrat range in Catalonia a attracts rock climbers as well as walkers. There are countless climbing routes for the experienced climbers. We watched them as they skilfully climbed the sheer rock faces without fear. Unfortunately we don`t have the experience. I am not even mentioning the knowledge and courage to do real rock climbing. Occasionally we satisfy our hunger for rock climbing with top roping-, or indoor climbing. 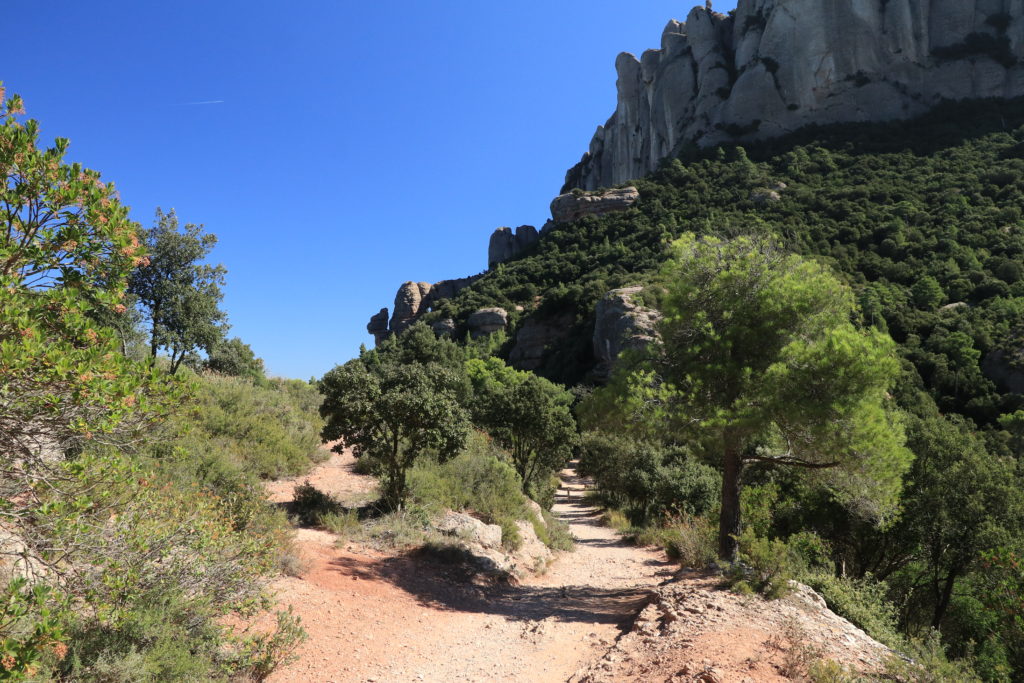 However we enjoyed many, easy via ferratas before. So when we learned that there are some in the Montserrat range, we wanted to try it. But according to the local website, there was only one via ferrata which was open at the time of our visit.

After a short walk we arrived at the towering rock wall with iron steps. We put the via ferrata kit on, and I started to climb. I had only managed a few iron steps, before I reached a bigger gap between the two steps. There, I remembered that the description mentioned, that people under 165 cm would find this via ferrata difficult. I was standing on the iron step for a while, trying to figure out what to do. But unfortunately I couldn`t add 10 extra centimetres to my height. Most probably it would have been alright, if I was able to lift my right foot in level with my ears. Regrettably I coudn`t do that and after a while I had to climb back down. 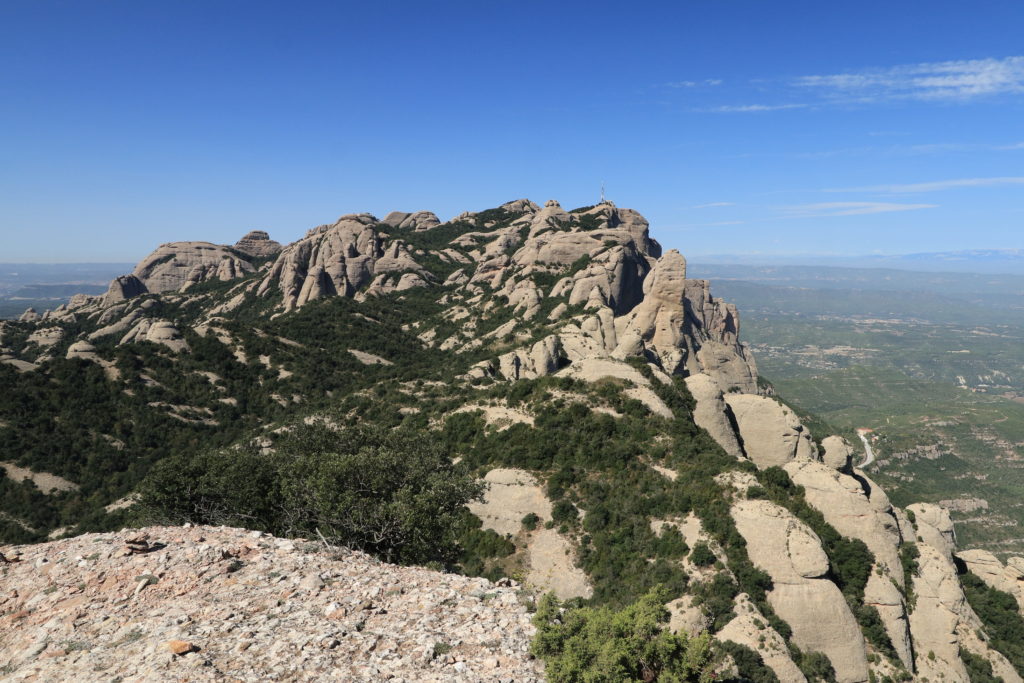 We considered our options, but we were worried, that there would be more tricky parts further on. It would be impossible to turn back from there, so reluctantly we decided to do something else on that sunny day. We planned to do a scramble route in Montserrat as well. So we drove a couple of kilometres further and started walking on a well-trodden path from a car park. The route then took us on rocks, where we had to use all of our limbs to climb. We then descended on loose ground through pine forest and occasionally enjoyed some great views of the characteristic funnel rocks.

Some sections were aided with ropes or iron cable to hold on to. The condition of the ropes were questionable. We tried not to rely on them completely, and whenever it was possible we used the rocks and our hands to climb. 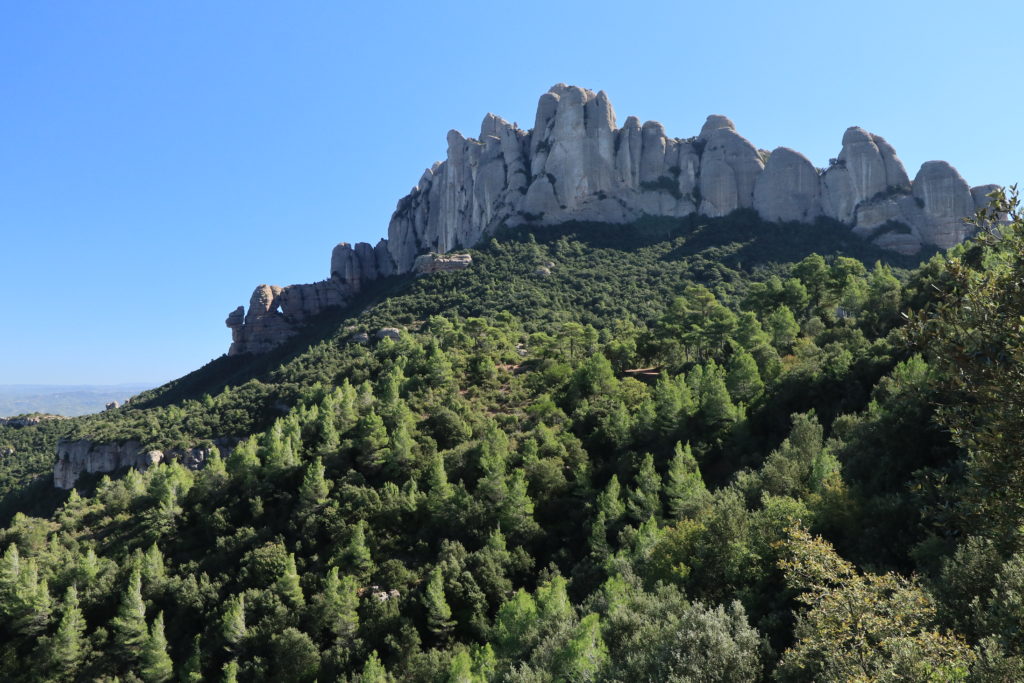 Things are getting interesting

However there were some sections, where we had to hold onto the ropes. I was climbing in the front, holding onto a rope. When I reached the top of the section, the rope seemed to disappear under a huge boulder. I looked for the route but for my surprise it continued through a gap under the huge rock. I felt a bit uneasy about that, but I didn`t see any other way around the boulder, so I squeezed into the gap and quickly climbed out on the other side. Jacint had to take his backpack off and push it through the gap in front of him. He then got through safely as well. We climbed some more and walked through forest before we lowered ourselves down on an iron ladder. We than followed the narrow path with fine views back to the car park.