Cyprus has a very special place in our hearts so it is really difficult to choose favourite walks but there are some trails which for some reason became our favourites.
We had very little information about the trails therefore it was very exciting to explore them.

We found this trail almost accidentally. As always we planned a trail but this was only part of it, as a return path. However the trail we followed from Troodos turned out to be a dirt track (although with great views) so we were a bit disappointed when we started the ascent on a narrow path back to Troodos. However it soon became clear that we had found something truly beautiful. The path followed the gurgling Karkotis River upstream which we crossed myriad times. As we walked between boulders, we spotted a pair of the endemic Cypriot mouflons posing on a rocky outcrop. The scenery was dominated by rocks, pine trees, boulders and the river. 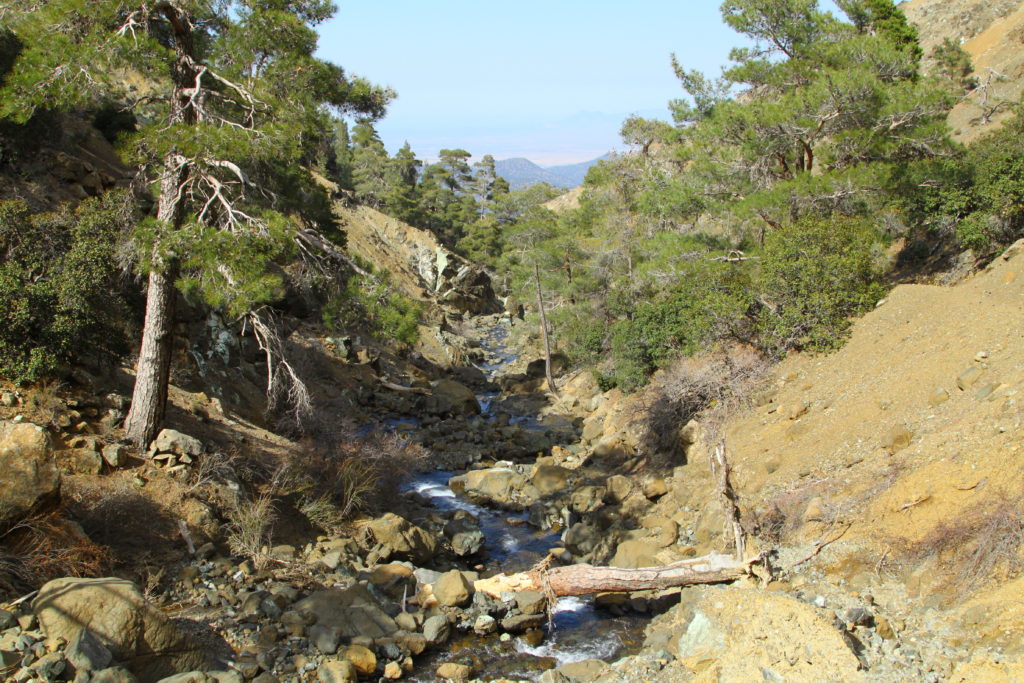 Jacint probably spent hours browsing maps online for trails. The Kannavia trail was born by carefully combining three nature trails, a section of the E4, and some dirt tracks.
It started with a strenuous climb with outstanding views and then we found a hidden viewpoint where we admired the grand mountains.
It was an almost 20km long circular walk with an opportunity to visit the EOKA headquarters on the hill above Spilia. 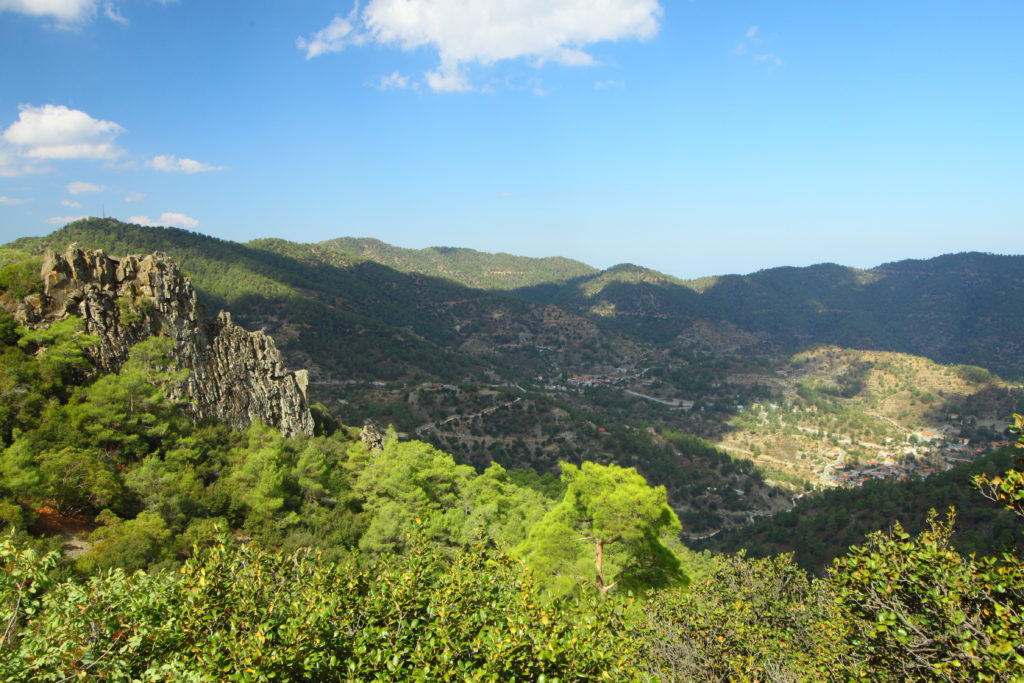 The trail started leisurely as a nature trail near Troodos. We then followed the narrow path beneath pine trees steeply downhill. During the descent we enjoyed the captivating views towards Kakopetria village, Madari ridge and the Morphou bay. 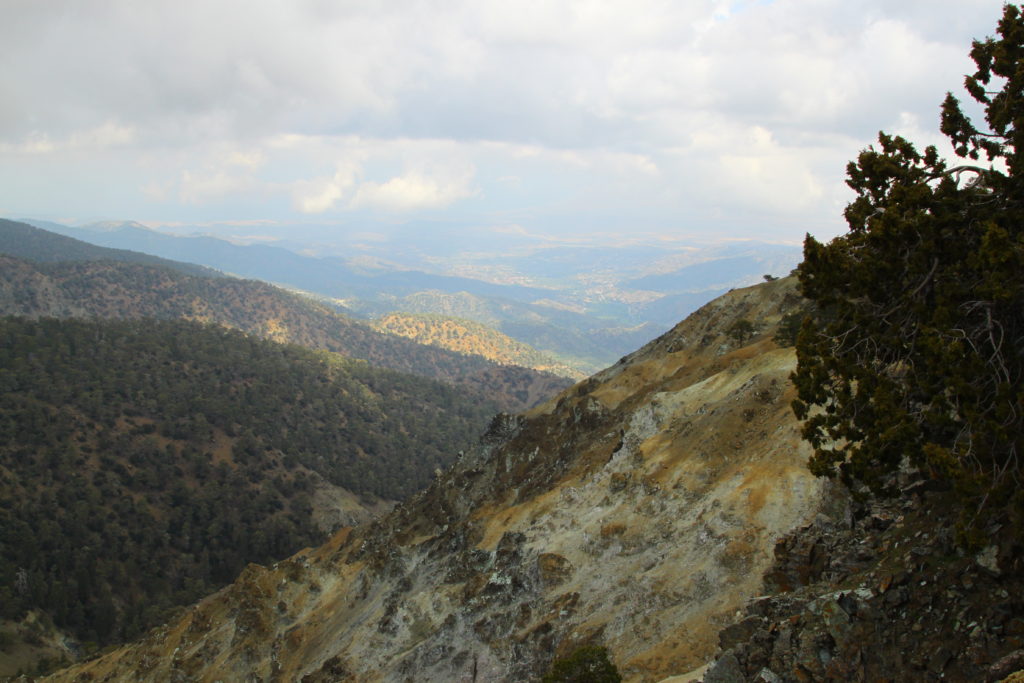 We enjoyed stunning views along this well trodden path. The 360 degree view from a fire look out station stayed with us for a long time. There was a short extension to this trail which took us through outstanding rocky area which is popular among climbers 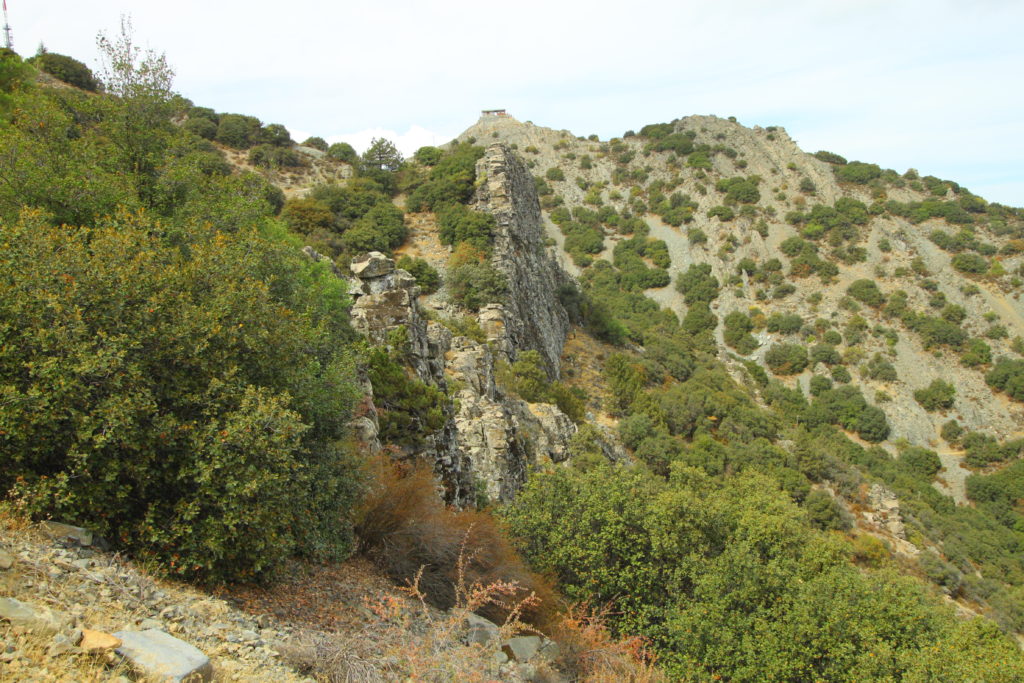 We climbed to Pouziaris peak on a narrow, rocky path cut into the mountainside. We enjoyed the memorable views from the peak and the diverse scenery during the descent. The trail started from a popular spot but then it run on peaceful pine-covered slopes. 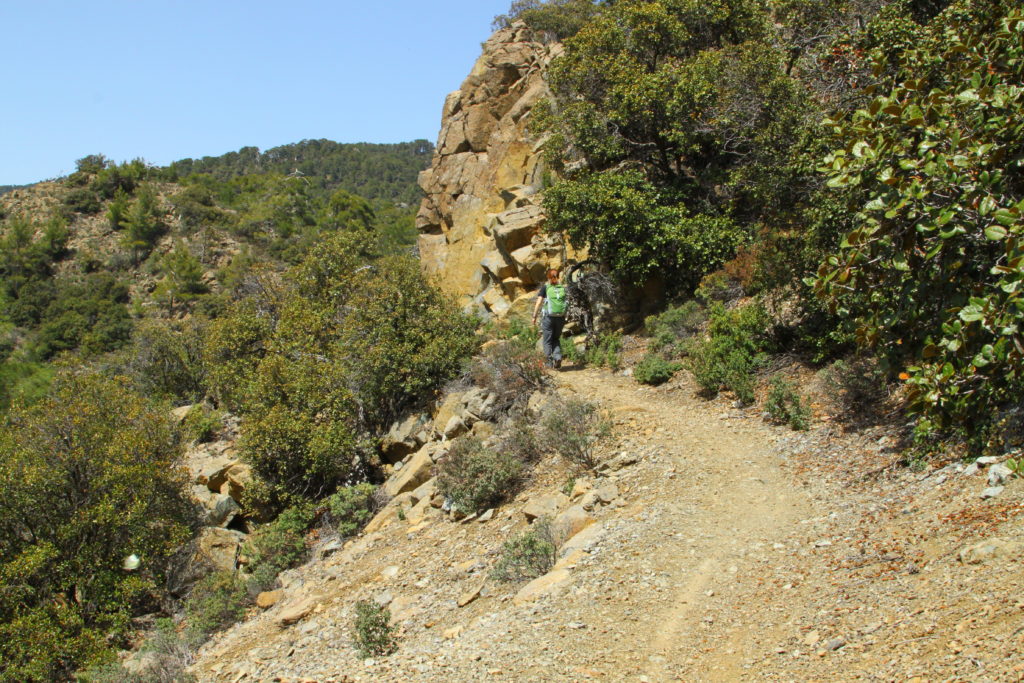