Road of the 52 tunnels

In the afternoon clouds blanketed the mountains and the path – cut into the rocks – mysteriously disappeared in a dark tunnel. It was one of the 52 tunnels carved into the rocks. The Strada delle 52 Gallerie (Road of 52 tunnels), an impressive military mule track, was built in less than a year during World War I on the Pasubio Massif in the Veneto region in Italy. 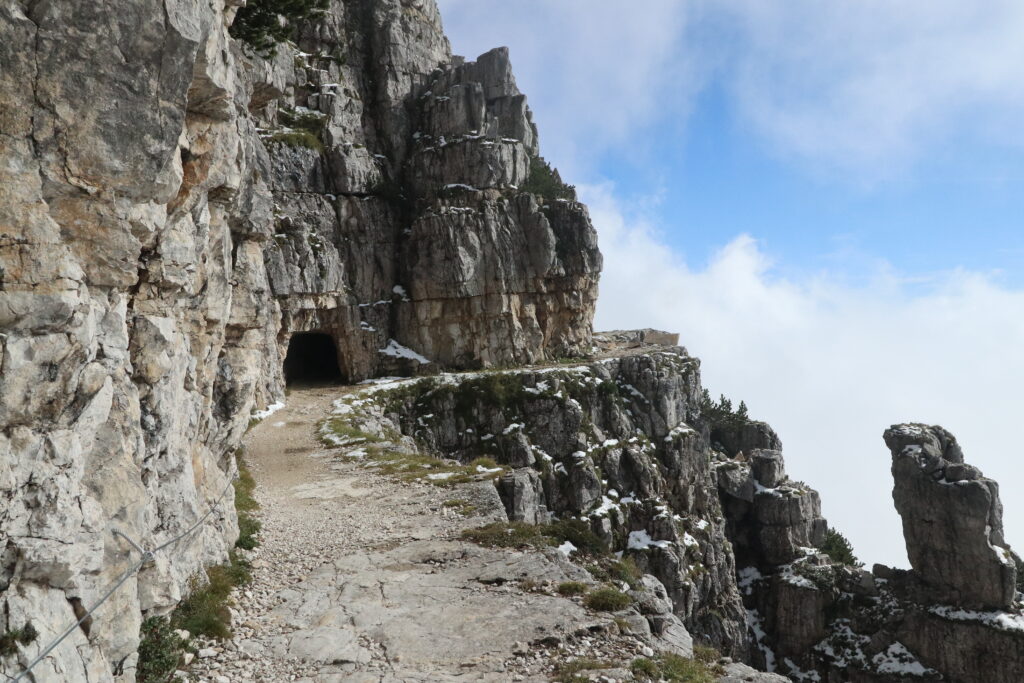 Today it is a spectacular (and popular) route from Bocchetta Campiglia to Porte del Pasubio. The trail winds uphill and through 52 tunnels.

From Bocchette Campiglia most hikers follow the path cut into the rocks, through the 52 tunnels. The tunnels are cold and wet in places with slippery ground so a torch is essential for this walk. 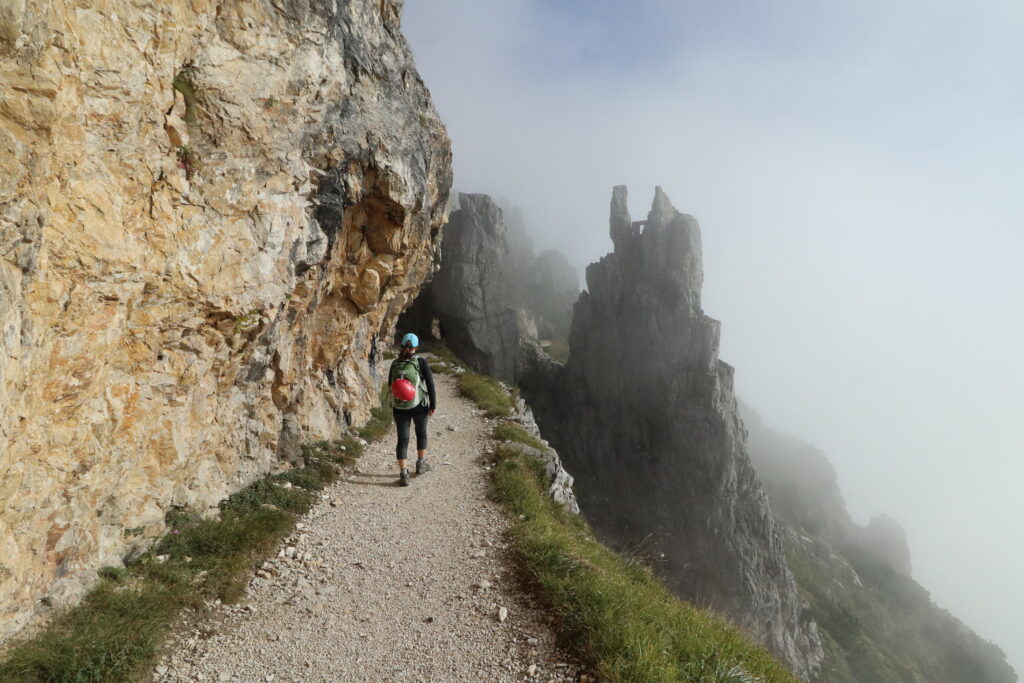 On a clear morning, there are some impressive views along the way and on reaching the refugio hikers have the option to retrace their steps through the tunnels or to take the winding track back to the car park. It is without a doubt a great day out with some fantastic views. 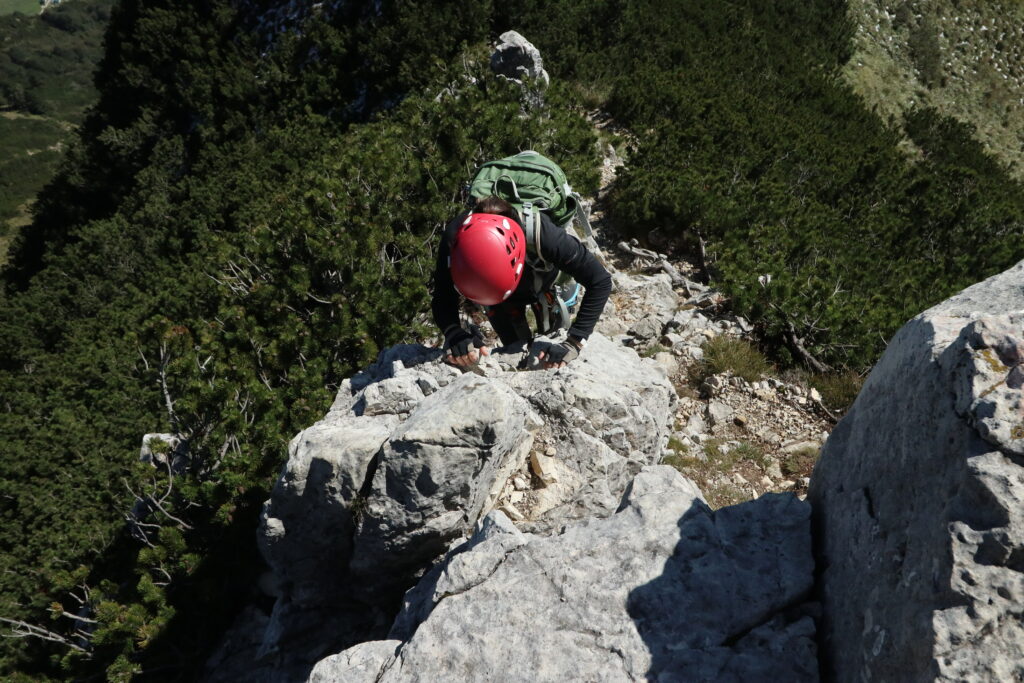 However there is a less busy but more challenging route from the car park. The Via ferrata Falcipieri runs on the ridge above the Strada delle 52 gallerie. It is essential to have a via ferrata kit and harness for this route, sections are protected with cables and pegs and there is also a fair amount of scrambling. According to our guidebook (Via Ferratas-Italian Dolomites: Vol 2 by Cicerone Press) it wasn`t a very difficult via ferrata, however it was admittedly long and demanding in places. It was a fine day in September and we enjoyed the far reaching views from the ridge and reached the refugio at around 3pm (5 hours after leaving from the car park). 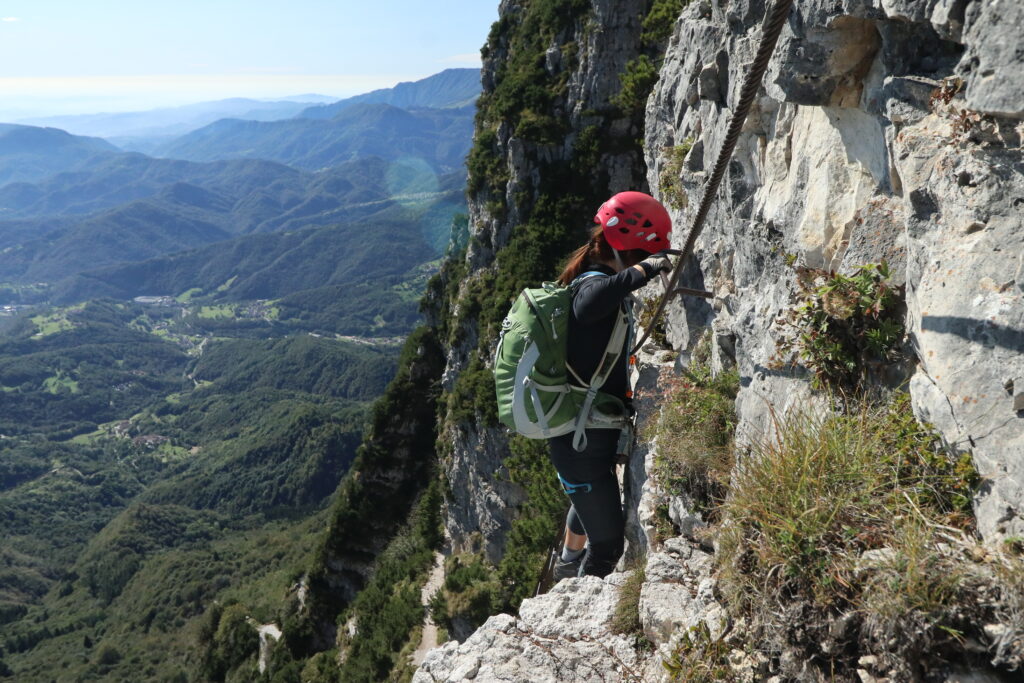 Return via the tunnels

We then packed the via ferrata kit away and followed the Strada delle 52 Gallerie. Most hikers had already reached the refugio and as we walked in the opposite direction than most people do we hardly met anyone. 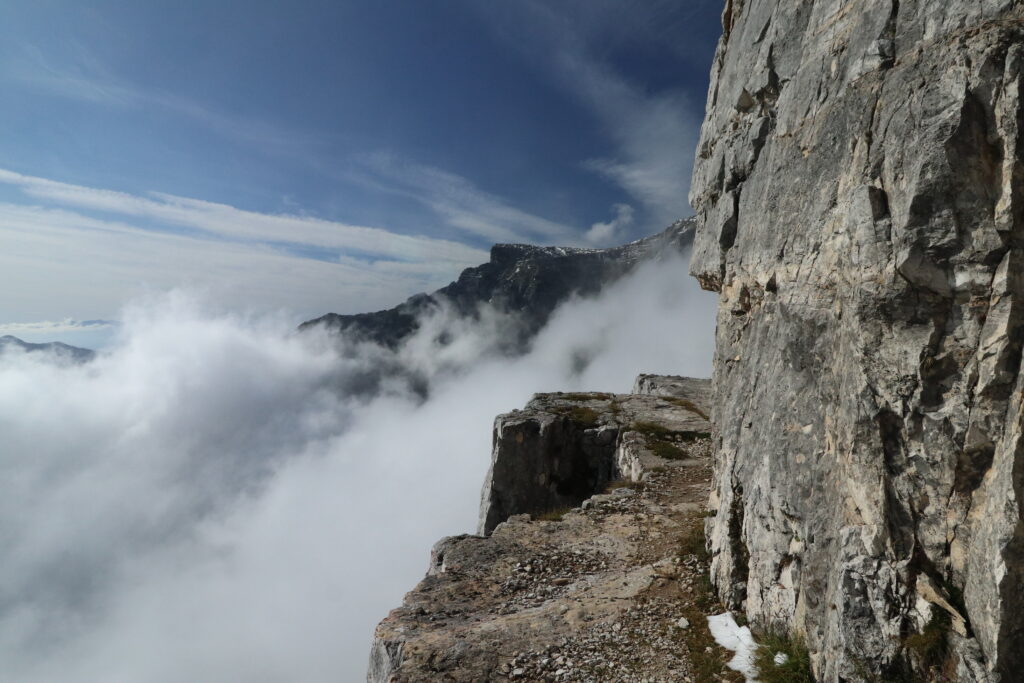 The clouds that often develop in these mountains by the afternoon, hid the surrounding mountains that we admired from the ridge in the morning. We arrived back at the almost empty car park as the late afternoon was slowly giving way to the evening.