It was hot and the sun was still very strong at 4 o`clock in Sydney. Picnic blankets were spread on nearly every inch of the grass and colourful parasols dotted the area. A small group of children kicked a ball and a young man was playing a guitar nearby. People were reading books or
chatted happily. 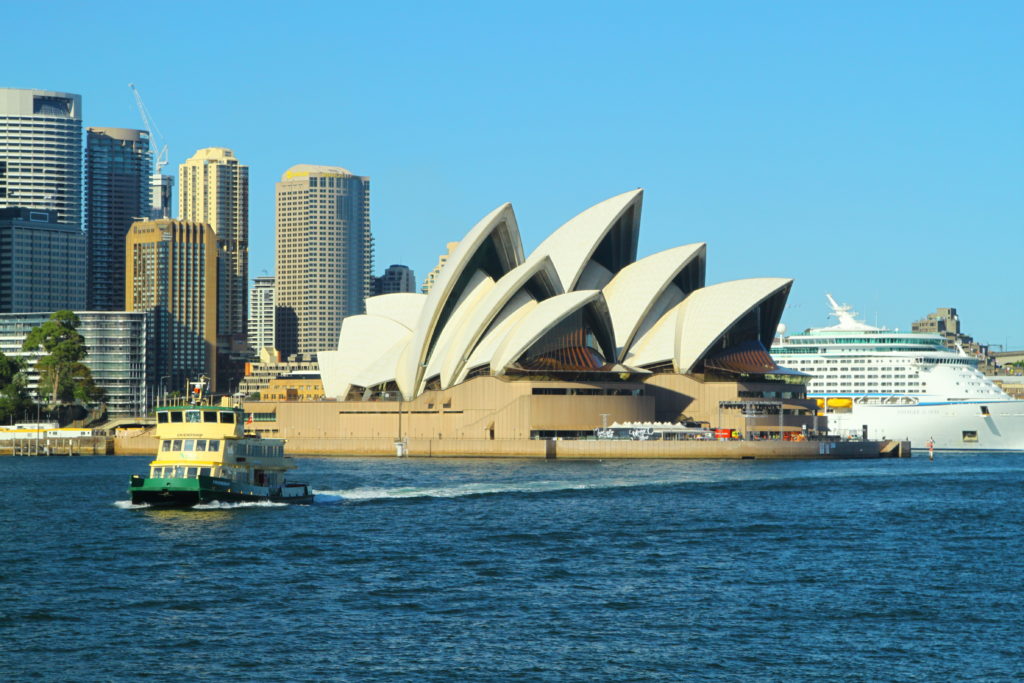 We managed to find a small spot – just enough to spread out two towels – on the shore. We were prepared to spend the next eight hours there. As we sat down I stared at the iconic Sydney Opera House. And the grand Sydney Harbour Bridge was very dominant on the other side of the harbour. It
was a truly unusual New Year`s Eve.

Made it to Oz

First we saw the Opera House and the bridge from the ferry less than two hours after landing in Sydney airport. My eyes were heavy from lack of sleep, jet lag started to hit after the 24h journey. My clothes were too warm, but suddenly I forgot my tiredness as I took the first photos of the city. I stared at the famous cityscape as long as it was possible, not quite believing that I was finally there. 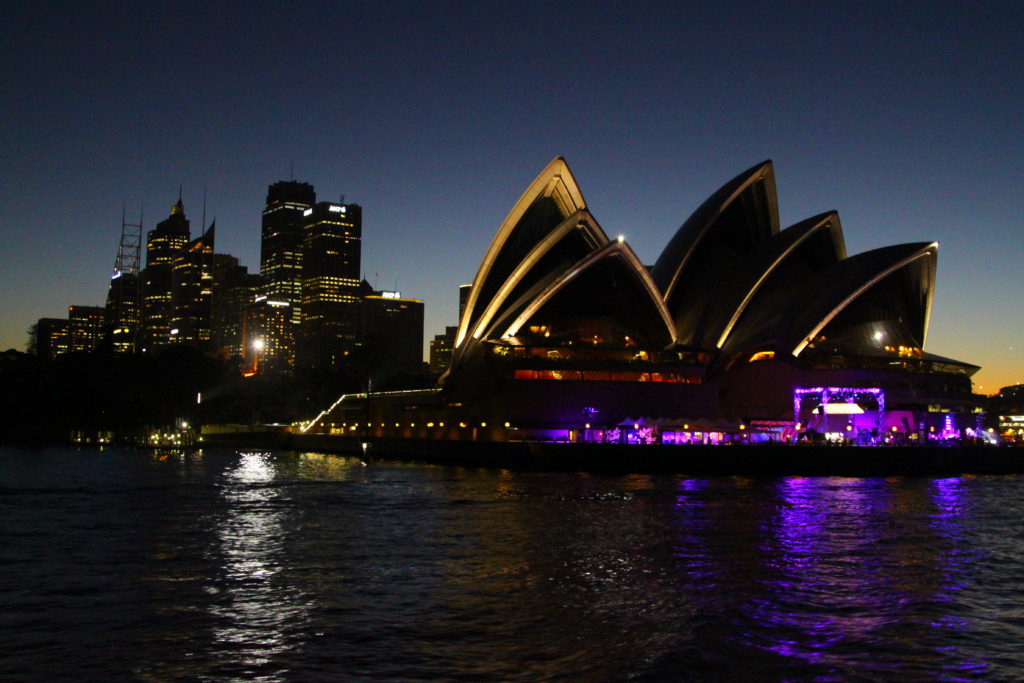 We stayed in Manly Beach for a few days, which meant that we had to take a ferry across the harbour every time we wanted to go to the city. On the deck people were reading and talking on the phone as they were commuting to work.  What a beautiful way to start a working day. I enjoyed every minute of the journey and never got tired of admiring the landmarks. I marvelled it when surrounded by tourists in the mornings, and illuminated under the starry sky in the evenings.

But New Year`s Eve was very special. As early as 10am, people made their way to the shore in hope of finding the best viewing spots.
The afternoon passed surprisingly quickly. As darkness fell wine and beer bottles were opened. The sound of clinking glasses mixed with the sound of gentle waves, music and the noise of chattering. People were talking in many different languages, but they were all ready to share the same experience. We watched the fireworks at midnight drinking champagne from a plastic cup, as strangers wished Happy New Year to each other. 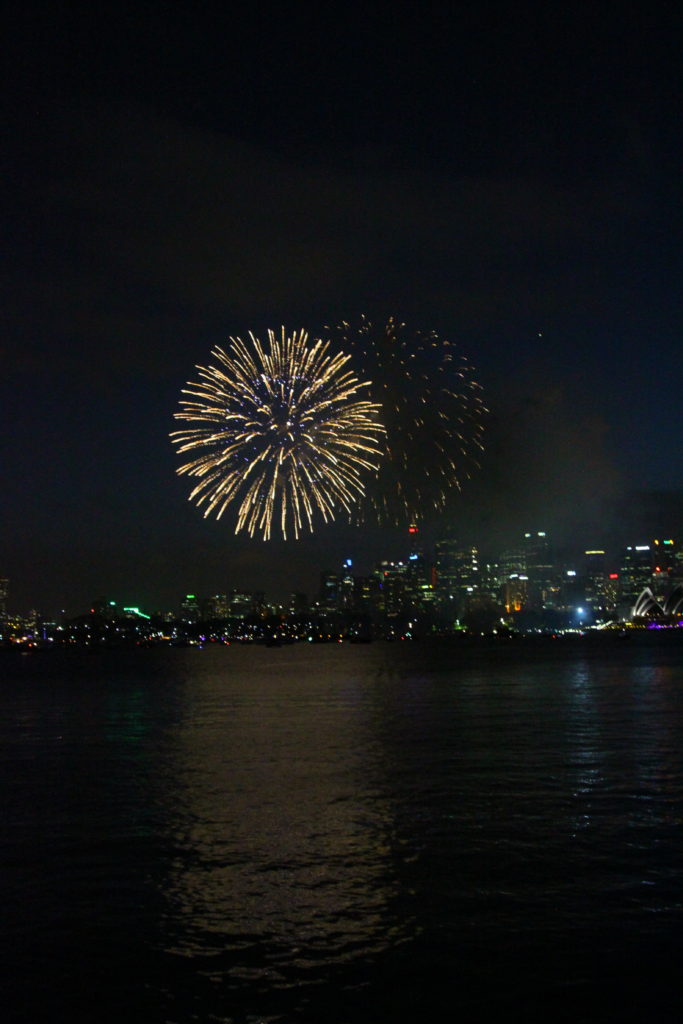