Two figures – wearing wetsuits – appeared on the path while hiking in Wales. This could have given us a clue about the weather condition on the mountain, but we carried on. First it was just a very light drizzle which soon became more intense and made us to stop and put our waterproofs on. 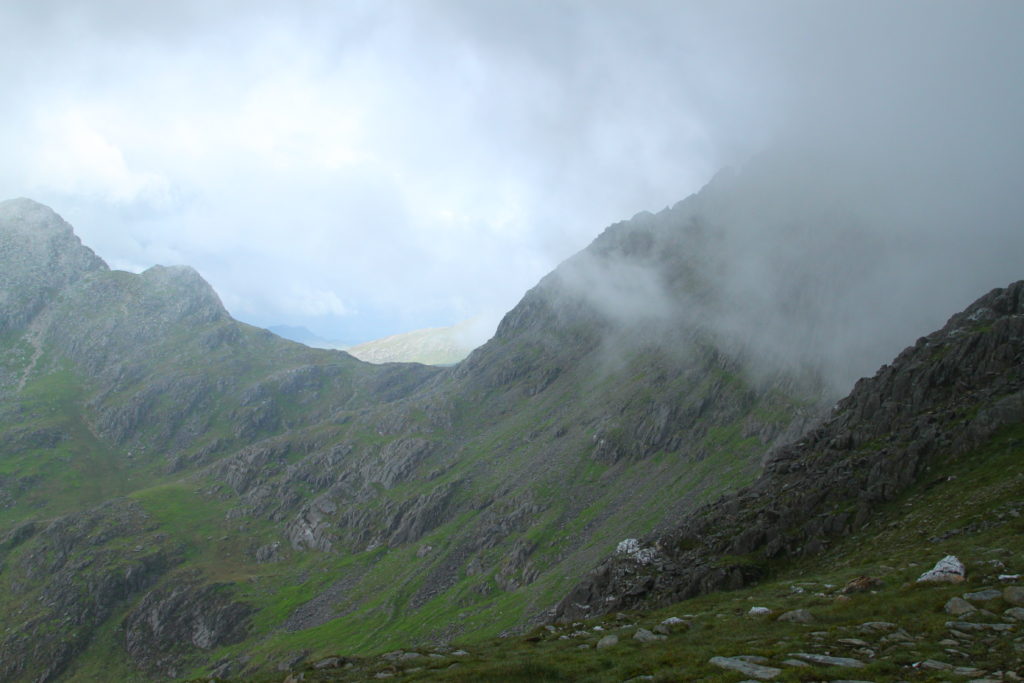 This was our first hiking trip in Wales. We had been planning a trip for walking in  Wales for many years. However every time a long weekend was approaching we carefully checked the weather forecast and then decided to go somewhere else. But in last May the long weekend looked promising and we braved it. And we had been lucky. We arrived on Saturday morning, pitched up the tent in a campsite near Snowdon and went for a walk in sunshine. However clouds darkened the sky and it rained in the afternoon. The early evening found us in the tent sipping wine from plastic wine cups while listening the rain drumming on the tent.

But on Sunday morning we woke for a beautiful bright day. We climbed Snowdon and enjoyed a truly beautiful day and in the evening we sat outside as long as we could. Monday morning was cloudy when we packed up the tent and drove to Llyn Ogwen from where we started a walk. 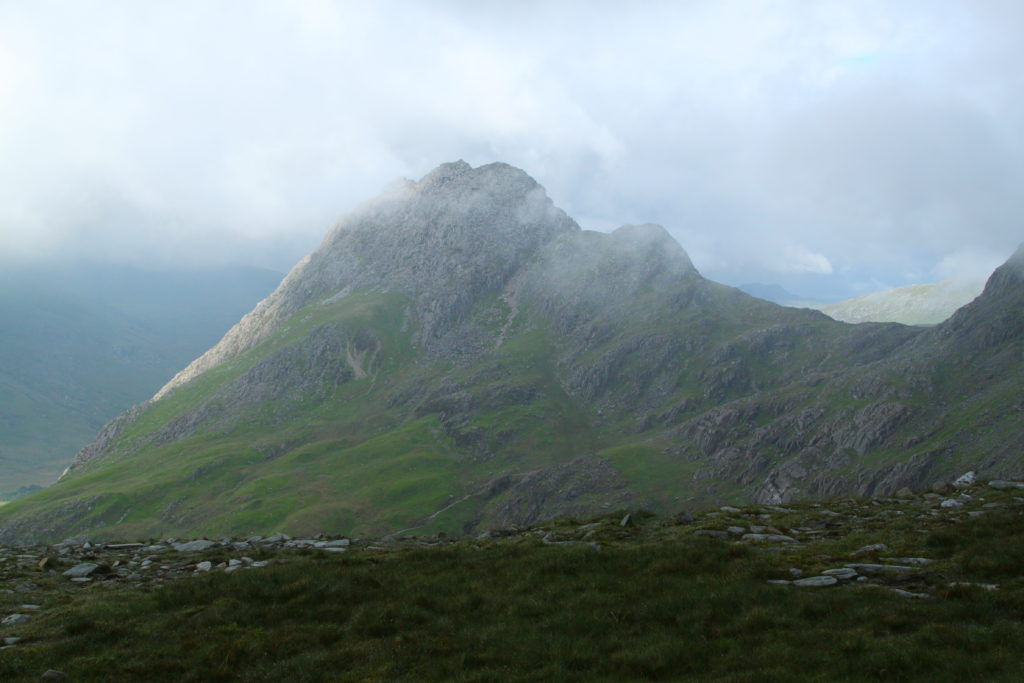 Water drops glimmered on the grass as we climbed by the rushing stream. Somehow the drizzle and the dark grey sky didn`t spoil my spirit. Our plan was to include a short scramble. When we got to the rocks it became clear that the wet weather made the rocks way too slippery to climb and reluctantly but we altered the planned route. As we climbed higher we had less and less visibility. We hopped on slabs in the thick white fog and only the GPS suggested that we might had been on the peak. It was really hard to spot the `path` when we started to descend.

Surprisingly, we met other walkers wrapped in waterproofs along the way, and most of them were cheerful despite of the dull weather. I guess this is more normal while hiking in Wales. 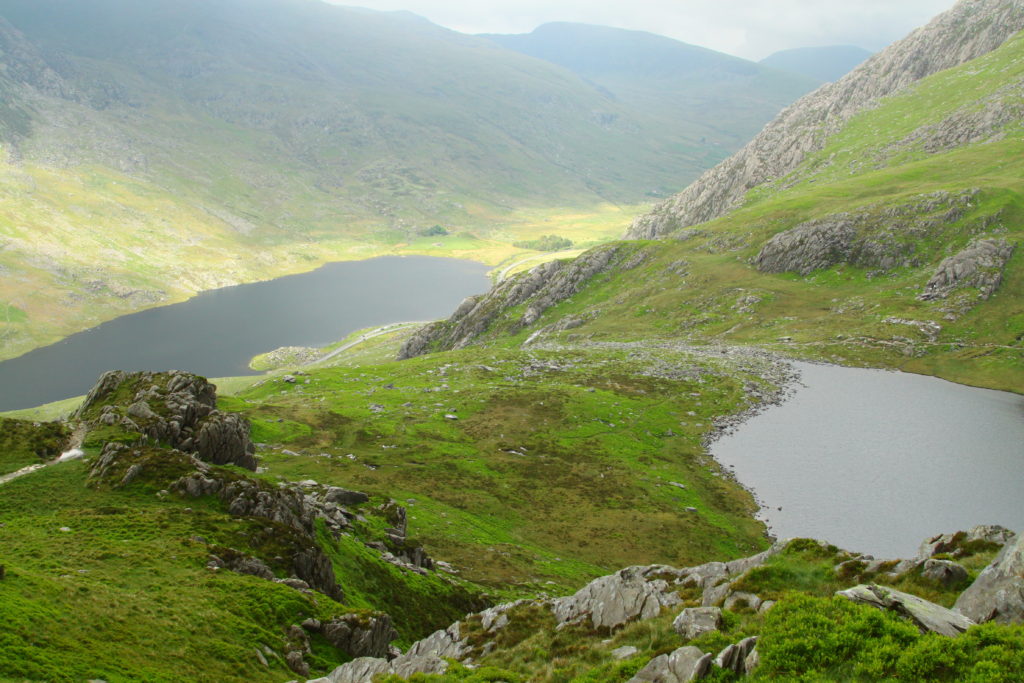 Some views for the descent

But then something remarkable happened during the descent. The thick clouds opened like curtain and the surrounding mountains appeared. Our spirit lifted with the clouds; it stopped drizzling and finally it was safe to take the camera out of the dry bag and take some photos. And we could enjoy some fine views of north Wales.

The weather was a lot friendlier by the time we got back to the car park. The couple in wetsuits were gone, and people were wearing everyday clothes.